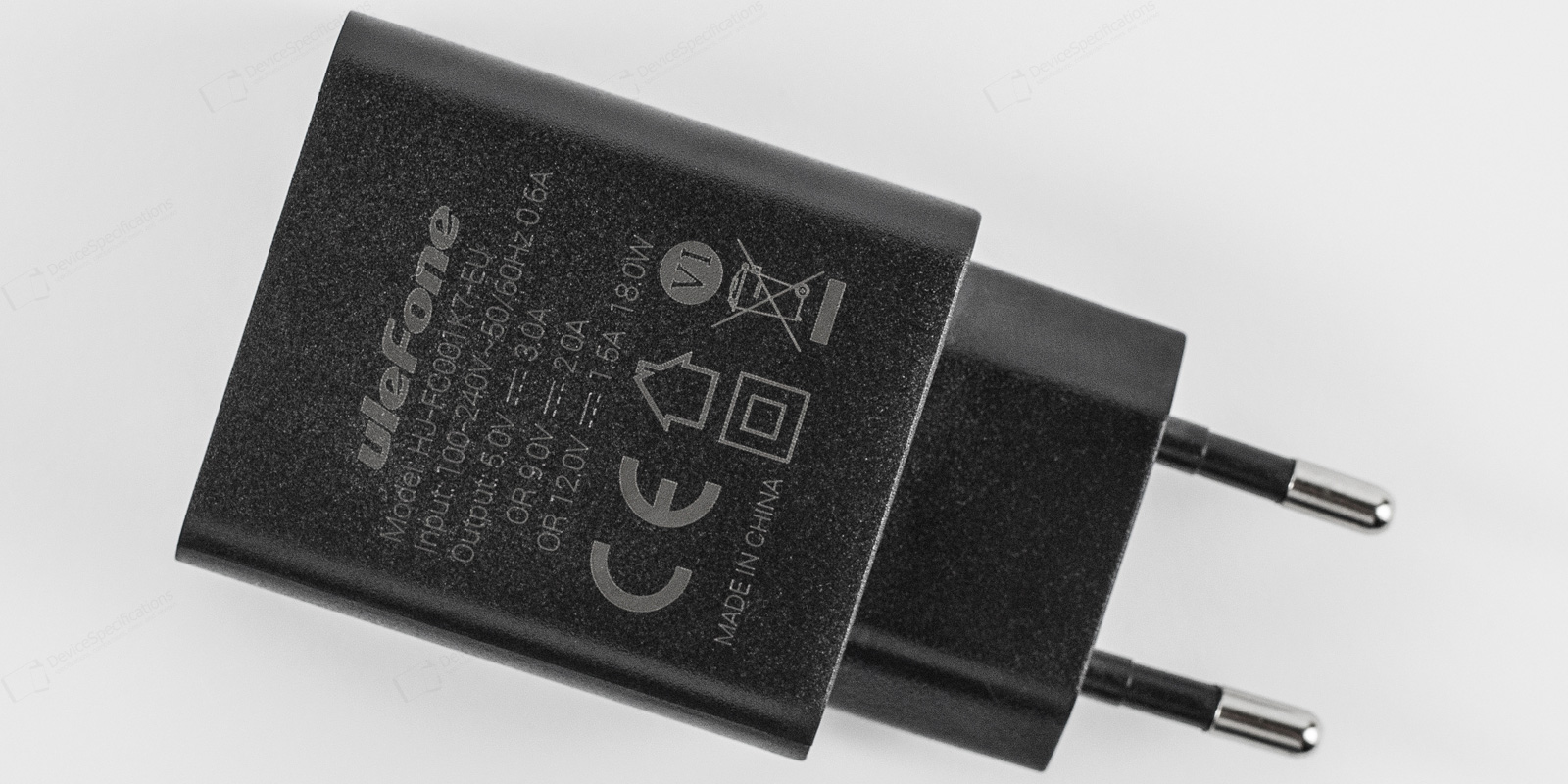 The Ulefone Power Armor 14 Pro has a 10000 mAh Li-Pol battery pack. The unit supports 18W fast wired charging and 15W wireless charging. The same battery, charger, and cable are used in the Power Armor 14. Below we publish the results from our proprietary battery tests. Each is performed with the screen of the device being calibrated to 200 cd/m2 and with battery-saving features disabled.
Charging (3 hours and 14 minutes)

Despite having the same battery, charger, and cable, the Power Armor 14 Pro charged more than an hour faster than the Power Armor 14 - 3 hours and 14 minutes. The charging process develops steadily from 0 to 80%, which takes 1 hour and 40 minutes. After that, the charging speed drops significantly, especially, after 90% of the charge is reached as it takes an hour to charge the remaining 10%. The battery temperature is quite volatile. It begins from 32°C, reaches 40°C in 8 minutes, and continues to increase reaching its peak of 52°C in one hour. It remains at this level for half an hour. This coincides with the battery charge reaching 80% and decreasing the charging speed. Logically, at that point, the temperature starts decreasing and in the end, it measures 32°C again.

During our intensive browsing test, the battery of our review unit lasted for 27 hours - that's 7 hours and 11 minutes more than the result of the Power Armor 14. Moreover, this is the sixth-best result in our browsing test. The discharging process starts and ends a bit slowly but for the majority of the time in between, the discharging speed is maintained stable. The battery temperature starts at 26°C, increases to 30°C in 45 minutes, and continues to increase gradually reaching 34°C in 8 hours. After that, the temperature continues to gravitate within the 32-34°C range until the end.
1080p Video (33 hours and 2 minutes)
1920x1080, 30 fps, H.264, 20Mbps bitrate

The video test for battery life uses a 1080p video at 30 fps with a ~20Mbps rate is used. Our review unit's score from this test is 33 hours and 2 minutes - again a better result than that of the Power Armor 14, which got 28 hours and 41 minutes. Furthermore, this is the fifth-best result in our 1080p video test. The discharging process is the same as the one from the browsing test. The battery temperature starts at 29°C and gradually increases to 33°C fluctuating around this level until the end.
3D Graphics/Gaming (13 hours and 54 minutes)
YEBIS OpenGL ES 3.0 3D Tech Demo

For the 3D Graphics/Gaming test, the YEBIS OpenGL ES 3.0 3D Tech Demo is used. The result from this test is 13 hours and 54 minutes. That's 2 hours and 30 minutes less than the result of the Power Armor 14, however, the Power Armor 14 Pro offered better a higher speed. The discharging process maintains a steady pace almost until the end when it slows down. The battery temperature starts at 30°C, reaches 40°C in one hour, and remains at te 40-41°C level until the end.
Infrared thermography

The Battery menu has a main screen with an area with information about the current battery charge and status followed by several options with information about the battery usage, power saver, battery manager, screen usage time, and the battery percentage toggle. The battery saver is also a toggle with options to be turned off automatically when charged. You can set a schedule or a specific percentage at which the saver will be automatically turned on. The battery manager is also a toggle that's on by default and it monitors the system for apps that use power abnormally and issues a warning when such a thing occurs.